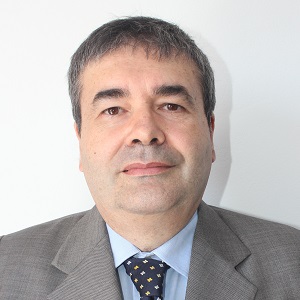 Has a vast experience of more than 25 years managing the Accounts department at Cimentos de Moçambique - Grupo Cimpor, and at Grupo IPG as General Manager of SEG. In addition to that, over a period spanning from 1994 to 1996, he embarked on Accounting training in Mozambique, sponsored by the Government and World Bank.

Economics graduate since 1990, with the Economics Faculty at Universidade Nova de Lisboa, after which he completed two post graduations in Lisbon, one at IESEF (Taxation) and the other at ISCTE, for Accounting and Taxation. Professional Affiliations: Accountant registered with the Auditors and Accounting Order of Mozambique (Ordem dos Contabilistas e Auditores de Moçambique, in Portuguese). Member of the Economists and Official Accountants Order of Portugal (Ordem dos Economistas e da Ordem dos Técnicos Oficiais de contas em Portugal – in Portuguese).